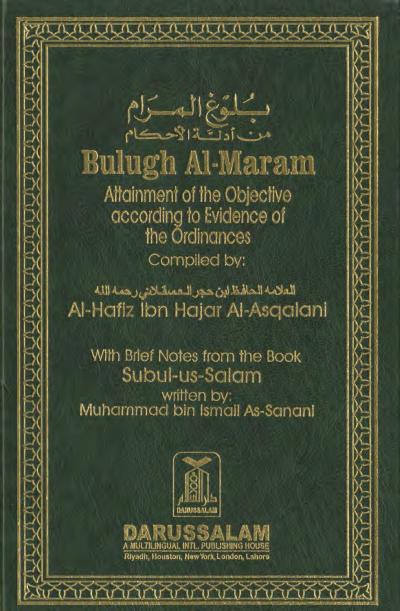 Bulugh al-Maram holds a unique distinction in that all the hadith compiled in the book have been the sources for fiqh (Islamic Jurisprudence) rulings. Among the topic that this book covers are subjects ranging from marriage, business transactions to other more implicit aspect of the religion such as the five pillars.

One more distinctive feature, along with others, is that the versions have also been shortened to present just the main purpose of the Hadith according to its classification under the chapter. Because of these preferential qualities, Bulugh Al-Maram has been accepted widely and is among the most sought-after books of Ahadith.